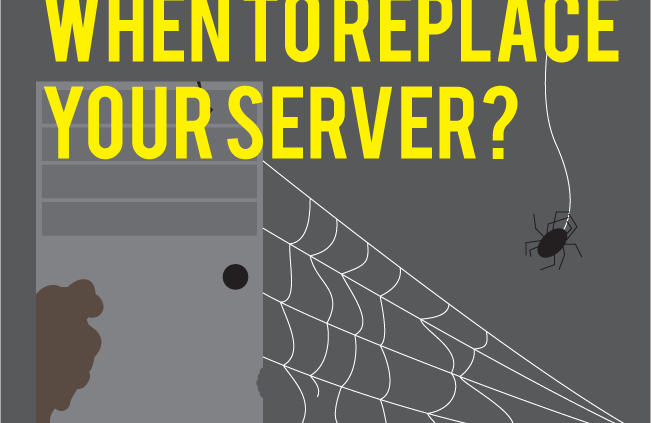 Most people do not know when a server should be replaced. Here are some points which will help in identifying whether it is good to continue using an old server or replace it:

IT managers usually claim that servers can be used for years. It is true that the support cost increases after three years. IDC states* that the fourth year of a server increases support costs by up to 40%. If your server has passed its five years mark, the support cost will escalate almost 200%. Keeping a server for seven years means an increase in cost by up to 400%.
Facts and figures show that a server should be replaced after three years. Customers buy new servers when an existing warranty expires, usually three years. Extending the warranty is costly and replacement parts are difficult to find after passing the three years of warranty. Server crash is the scenario that companies plan to avoid. It is good to replace a running server than replacing a crashed one.

Microsoft has pulled out the support for Server 2003. Though server 2003 was running in good condition, Microsoft decided to pull the plug and ended its life. If Microsoft declares that it will no longer support an operating system, it is the right time to replace your server. In fact, it is just like killing two birds at a time. New OS will work more efficiently when it is supported with a new server. Using unsupported operating system or old server means to play with business continuity. It is the responsibility of MSPs to understand your requirements and give suggestions when hardware should be replaced and what type of configurations they need to run the system.

It is very difficult to define the level of performance of a server. Employees usually know how to work with a slow performing server. If a server is giving reliable performance, it does not mean that it is running in its best possible way. Here, IT professionals can support by determining whether you need to replace a server or not. Performance of server gets low when it runs with over 70 percent capacity.
Many customers do not change the server until and unless they are given a new model that is two times or three times faster than the old one. SSDs and Intel Xeon have improved server performance. When each and every employee in a department saves 10 minutes, it adds up for the company and can save a bundle company wide. For instance, a dentist needs to view images before dealing with a patient. If the server takes time in loading images, it means less time to spend with patients.

Performance, supportive operating system and age of server are the three factors that compel to replace a server. Sometimes, it is better to upgrade a server, rather than replacing it. If the system is running fine, but you are experiencing problems due to storage space and/or memory, it is better to re-purpose that server by adding more storage and memory options.
Server is the foundation of IT infrastructure, therefore, it is recommended that you follow a replacement plan. Using an old server increases overall support costs. Remember that in case your server crashes, you will need to pay more than replacing it.
* – http://goo.gl/ywOVMK 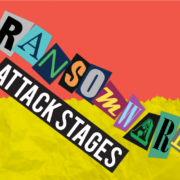 4 stages of a ransomware attack

Is There a Limit to Unlimited Online Backup? 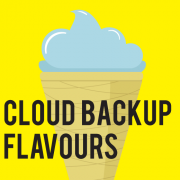 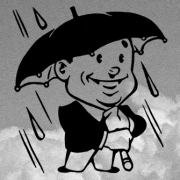 Do You Need an Umbrella for Your Cloud?
0 replies

Categories of Data and Retention Policies